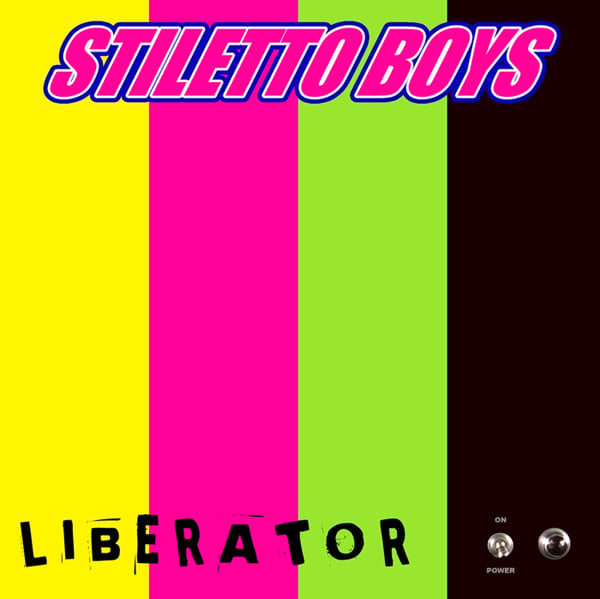 STILETTO BOYS "LIBERATOR" CD
Over 5 years in the making, this IS the STILETTO BOYS masterpiece, and final opus. (or maybe not?) LIBERATOR is here just in the nick of time to help us turn the tide against our fascist and immoral Government. This is simply genius song-writing and execution. Really new heights are reached by Eric Benner's guitar playing which swoons and soars all over this record. When you hear these songs your faith in humanity will be restored. Your heart will beat a little faster. You just might get out of your chair. What these guys have come up with is mind-blowing to me and I've realized that this record alone is most certainly the sole reason for me to have started doing ZODIAC KILLER RECORDS. I feel that strongly about this. ZKR originally payed for studio time back in 2008 for this record...flew home to Pennsylvania cuz I wanted to be there for this. (I've been at every STILETTO BOYS studio session except the very first 8-track session) When Sean decided to scrap what we had recorded, I thought all was lost. But I hafta give him credit....he REALLY came thru....Sean Wolfe and Eric Benner recorded, engineered and produced this entire cd. With players being tracked in 3 different states, and Sean NEVER happy with what I thought were fantastic recordings of great songs, this thing took a while. But brother it is here now and you do not wanna sleep on this album! Triumphant, heartbreaking, invigorating, thought-provoking and inspiring....this is hands down the best record I've ever been a part of. Power-pop, rock, and punk are all intertwined in the way only the STILETTO BOYS craft their songs. This thing will grow on you like toe-fungus. This an absolute triumph in so many ways. While other bands are busy pressing demos and making stickers, the STILETTO BOYS have been honing their considerable song-writing abilities into these instant classic underworld anthems.

THE TIME HAS COME BROTHERS AND SISTERS. WAKE UP. STAND UP. MAKE UP YOUR MIND TO DO SOMETHING. ANYTHING. STILETTO BOYS HAVE SUPPLIED THE SOUNDTRACK. YOUR VIOLATION WILL BE TELEVISED.

The NEW WORLD ORDER DOESN'T STAND A CHANCE.. WE WILL NOT GO SILENTLY!